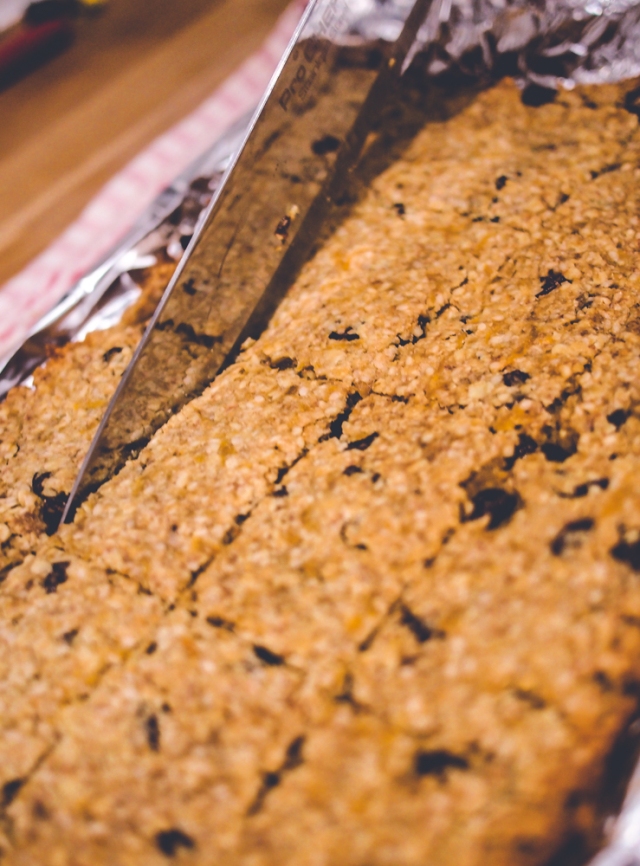 My attempt at pumpkin pie didn’t go well. So I decided to try making flapjacks with grated pumpkin in them instead, and luckily they were more successful!  The flapjacks also contain honey, sesame seeds, mashed banana, orange zest, raisins and, of course, porridge oats. There are pretty nutritious and the honey and raisins make them sweet enough without sugar. My son described them as ‘yummy!’ and reminded me that ‘you can make flapjacks with different things’. This is true. We have also made them using grated carrot instead of pumpkin; chopped dried apricots or cranberries instead of raisins; pumpkin seeds or linseeds instead of sesame seeds; and peanut butter instead of banana. We eat them as an after school snack, when out and about or as dessert.

Small seeds such as sesame seeds and linseeds (very cheap to buy!) help the mixture to stick together. Honey, mashed banana and peanut butter also act as a good binder. It’s easiest to cut the pumpkin in to large chunks and then grate (don’t grate the chunks too thin or you might lose some skin!) 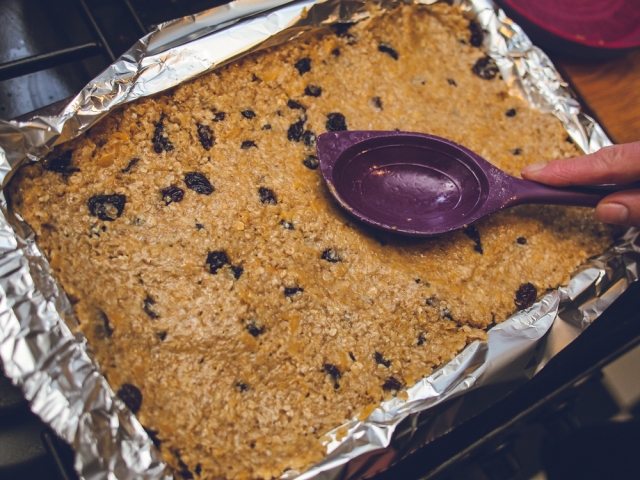 This recipe makes 16 flapjacks, which will last a few days in a sealed container. Allow about 10 minutes to prepare the mixture and 45 minutes to cook. Hope you like them!

Put the butter in a pan and heat gently until it is melting, then add the honey. Once all melted take off the heat and add the pumpkin, mashed banana, raisins, sesame seeds, orange zest and porridge oats. Mix well. You want the mixture to be thick but still be able to stir it with a spoon (with a bit of effort).

Line a smallish square or rectangle baking tin with foil and spoon in the mixture. Flatten it out and squash the mixture down with the back of the spoon to help it stick together. Bake for 35-45 mins, until it’s firm and deeply golden at the edges and sides. Take out and leave to cool. Carefully lift out the foil with the flapjack mixture inside it then cut in to pieces with a sharp knife.