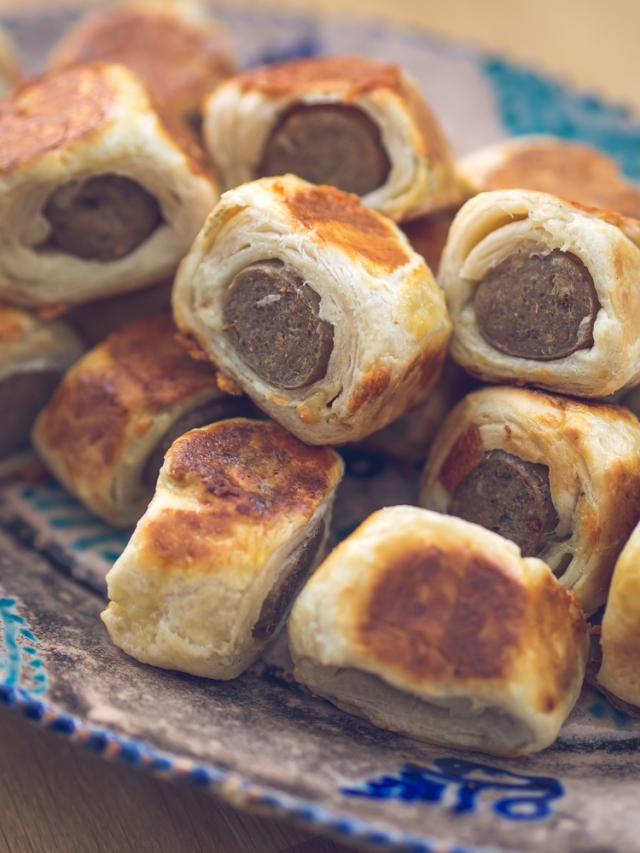 These sausage rolls are really simple to make, using shop-bought ready-rolled puff pastry (which you roll a few extra times with crumbled stilton) and either veggie or meat sausages.  They take 20 mins to prepare and about 30 mins to cook. 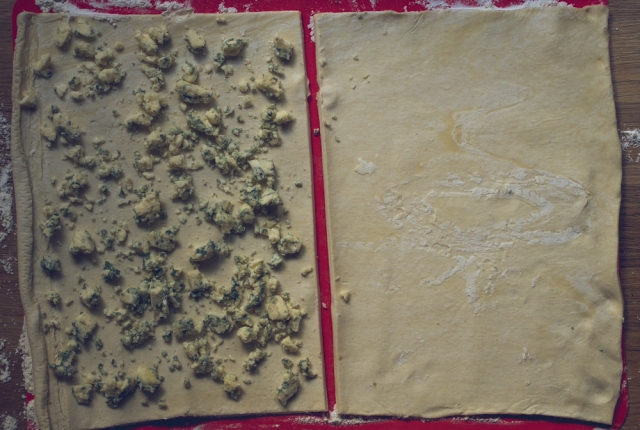 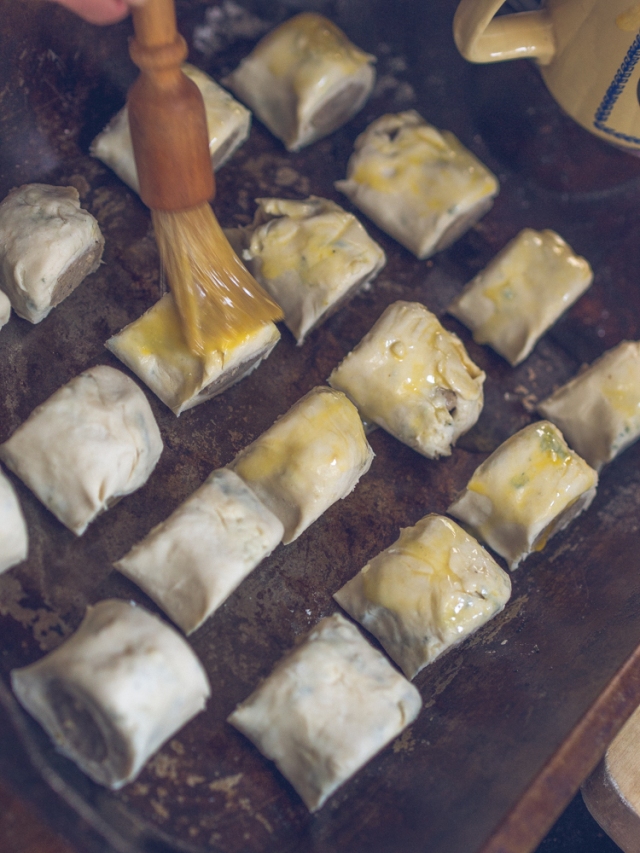 The stilton gives the pastry a lovely subtle flavour.  We had the sausage rolls for dinner with sweetcorn, tuna and mayo salad and will eat them as a snack tomorrow. Yum! We all loved them. 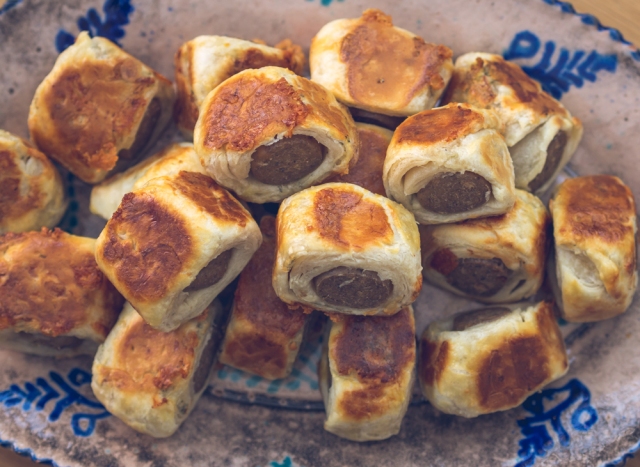 My boyfriend stuffed the little bit of leftover pastry with chorizo and that was a big hit too.

Lightly flour a work surface and lay the sheet of puff pastry on it.  Cut it in half and crumble the stilton evenly over the first half.  Lay the second half over the top and gently press it on so it is sealed, then roll with a rolling pin until twice the size.  Fold it over and roll again, and then repeat this again so the stilton is spread.  You want the final sheet to be the same size as it was originally.  Cut it in to three pieces lengthways, and lay two sausages down each of the three sheets.  Fold the pastry over the sausages, allowing a 2cm ish overlap.  Seal each sausage roll with your fingers and brush each one with the beaten egg.  Cut each sausage roll in to six equally sized pieces (making 18 in total). Place on a non-stick baking tray and bake for 25-30 mins, turning so that all four sides are golden brown and the filling is piping hot. Remove from the oven and eat!